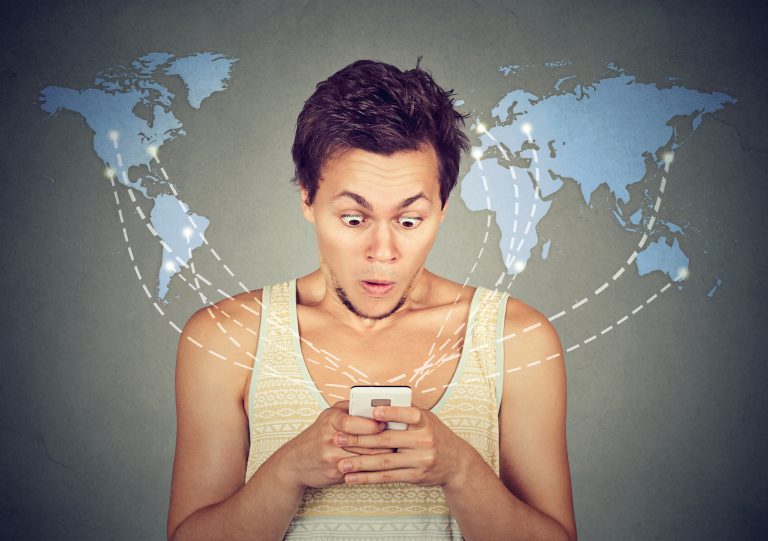 Why telcos must think beyond VoLTE roaming and consider VoLTE monitoring

With the planned shutdown of 2G and 3G networks, the telco industry has a strong motivation to focus on Voice over LTE (VoLTE) services and the extension of its use to inbound and outbound international roamers. But why?

Because with VoLTE roaming, users can make voice calls over the 4G LTE network wherever they happen to be. VoLTE roaming extends IP Multimedia Subsystem (IMS) applications in a way that enables users to access voice services outside their home network. How the various networks work together to ensure seamless IMS services regardless of a geographic location is defined by VoLTE peering and interconnecting.

By providing IMS functionality through the Home Public Mobile Network (HPMN) instead of the Visited Public Mobile Network (VPMN), S8HR simplifies the roaming interface, making it the most straightforward architecture to implement. Its name is derived from the S8 standard reference interface utilized between the Serving Gateway (SGW) and the Packet Data Network Gateway (PGW).

The S8HR approach to VoLTE roaming clearly won the race, yet the architecture itself brings certain challenges that Mobile Network Operators (MNOs) need to overcome. However, recent developments mean VoLTE roaming will soon no longer be a bonus, but a critical feature of mobile networks.

The rise of 5G means existing 2G and 3G networks are being shut down with plans to reassign spectrum to new, more-modern services. For this to happen, the telco industry needs to find alternatives to remaining legacy 2G/3G services, including circuit-switched voice calls.

VoLTE and VoLTE roaming services are the alternatives. The adoption of VoLTE as a replacement to legacy voice services will allow us to retire out-of-date network equipment and improve network efficiency, utilizing the spectrum for new 5G applications.

While the first commercial VoLTE service was launched in the US in 2012, it is only recently that we have seen a significant shift towards mobile voice services utilizing the LTE network. A GSMA report from July 2021 found that so far there have been 717 LTE launches around the world. However, when it comes to VoLTE there is a notable drop off, with only 232 market launches and roughly 50 VoLTE roaming deployments.

However, the market is there, and Ericsson estimates the number of subscriptions that include VoLTE-enabled services by the end of 2027 will be almost 7 billion, nearly 90% of all 4G and 5G subscriptions:

With a proper replacement for legacy voice services, operators and regulators can move forward with the long due shutdown of 2G and 3G networks. But how do we ensure a smooth transition to VoLTE roaming? What challenges is the industry facing?

The main challenge preventing a fast rollout of VoLTE roaming is the extensive and costly testing required. Operators could send SIM cards for partner testing when working with 2G and 3G voice services, often incorporating phone simulators as well.

In contrast, VoLTE means operators must exchange the devices their users take with them while roaming to ensure they are compatible with the configuration of partner networks.

A report from October 2020 found 2,983 devices supporting VoLTE architecture. Given that this number will now be even higher, you can see why operators haven’t yet implemented comprehensive VoLTE roaming services. Every device on the market needs testing, creating a complicated and lengthy process and incurring significant costs.

However, with decommissioning of the 2G and 3G networks underway, the need for VoLTE now outweighs any testing issues.

Beyond the fact that VoLTE allows operators to migrate legacy circuit-switched voice services to an IP-centric network, it offers a range of other benefits, such as:

All these VoLTE benefits translate to roaming, so users can access improved services whether they are at home or traveling. Plus, VoLTE roaming now ensures better coverage thanks to new operators launching 4G-only services and the reduced network congestion present when using 4G LTE technology.

This is critical due to the significant revenue derived from roaming voice calls. Research shows the global roaming market was valued at $70.76 billion in 2020, a slight dip from previous years caused by the pandemic. Keep in mind, however, that it is predicted to grow with a compound annual growth rate of 5.1% to over $100 billion by 2028.

Roaming voice calls are a significant offering that operators need to maintain in parallel to the process of shutting down their 2G and 3G networks.

What does it take to deploy S8HR roaming? Are you ready for it?

With LBO options now seen as obsolete, VoLTE roaming deployments are based on the S8HR architecture. This can pose various technical issues described in GSMA’s VoLTE implementation guide.

Implementing S8HR has been known to produce IMS issues related to:

S8HR VoLTE roaming also impacts the Quality of Service (QoS) parameters exchanged between the HPMN and VPMN. GSMA has defined the minimum set of QoS parameters that should be supported by the S8HR architecture.

VoLTE roaming requires SMS over IP (SMSoIP) service, and there would typically be an agreement in place between HPMN and VPMN providers.

Emergency calls must be handled and terminated by the VPMN. This is broadcasted to the roaming device to determine if it is possible to make a VoLTE call or if legacy circuit-switched technology is required.

As regulations (e.g., legal intercept, data retention, etc.) vary from country to country, operators must enforce rules based on the requirements of the VPMN. This holds true even though S8HR VoLTE roaming restricts IMS to the HPMN.

Operators have reported several issues during VoLTE roaming testing, such as:

With new VoLTE networks and the interworking of multiple networks for VoLTE roaming, operators need to understand the new requirements on monitoring tools and the data they produce. Guaranteeing quality VoLTE roaming services requires proactive monitoring and the ability to gather data per foreign network.

This involves the utilization of associated KPIs such as the Internet Engineering Task Force’s (IETF’s) RFC 6076 KPIs for signaling monitoring and TR 103639 KPIs from the European Telecommunications Standards Institute (ETSI) for media monitoring. With ETSI’s time-slicing KPIs, operators can gain real-time visibility and understand how the quality of a call changes across its duration.

However, VoLTE Roaming Monitoring is not the same as VoLTE Monitoring and it adds some specific challenges related to guaranteeing a quality service while utilizing a foreign network. These include:

These key differences must be addressed when planning a VoLTE roaming monitoring solution. Ensuring crystal-clear voice connections requires real-time visibility of the traffic and the ability to produce insights into the performance of each roaming partner.

All of these requirements are addressed by Voipfuture’s Qrystal solution to ensure operators get all the data they need to monitor VoLTE roaming services.

To monitor VoLTE roaming services standard Qrystal Probes are deployed at the home network’s S8HR interface. They analyze all traffic and prepare quality summaries which are sent to the central Qrystal Manager. The Manager aggregates information to create actionable insights, alarms and reports. With Qrystal, you get a complete end-to-end view to ensure crystal-clear communication while your subscribers are roaming.

This includes data on:

Qrystal’s ability to provide all this data separately for each visited network – as opposed to collectively for all roamers – is key to the successful operation of VoLTE roaming.

A final word before we part

With the impending shutdown of 2G and 3G networks around the world, VoLTE offers an entirely IP-centric alternative to legacy circuit-switched calls. While challenges remain to guarantee widespread adoption, spurred on by the growing business case, operators have finally begun to make strides toward VoLTE and VoLTE roaming.

Given the new technology, operators need new tools to monitor VoLTE services, particularly the interworking of networks during roaming. Voipfuture’s Qrystal solution offers all the necessary functionality to understand the relationship between the visited and home network, provide high-quality call data, and deliver optimal services.